Seven things you may not know about Lantern Festival 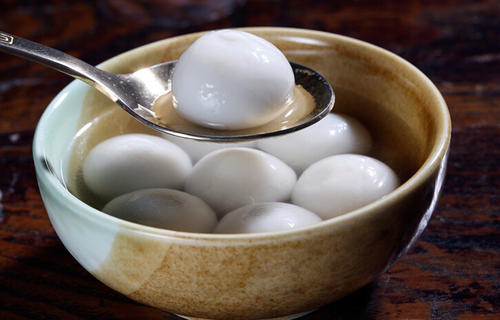 Feb 8 is the Lantern Festival (or Yuan Xiao Festival in Chinese), a traditional Chinese festival with great significance, which is on the 15th of the first lunar month, marking the end of New Year celebrations. During the Lantern Festival, children go out at night to temples carrying paper lanterns and solve riddles on the lanterns.

Many Chinese holidays involve lanterns. But the Lantern Festival represents the epitome of this custom.

Here are 7 things you should know about the Lantern Festival.

The origins of Chinese lanterns

The origins of Chinese lanterns reach back to the Stone Age. The coming of the Bronze Age saw the development of various kinds of worked metal lanterns, of which palace lanterns were the most ornate. Later, decorative lanterns came to be used in festivals. Various lantern festivals became quite popular during the Sui Dynasty (581- 618), and during the Southern Song Dynasty (1127 -1279), the custom of writing riddles on lanterns emerged. During this time, a festival in Qinhuaihe in Nanjing featured over 10,000 lanterns. During the Qing Dynasty (1644-1911), magnificent exhibitions of lanterns were held in the capital city. Lantern contests were also held, with the dragon lantern being the most famous competitor.

A sea of lanterns

The biggest attraction of the Lantern Festival is the sea of lanterns in every conceivable size and shape. Chinese started to celebrate the Lantern Festival during the Han Dynasty (206 BC-221 AD), and then it became popular during the Tang (618-907) and Song (960-1279) dynasties. This is a festival for people to have fun. At night, people go into the streets with a variety of lanterns under the full moon and watch the lion or dragon dance, try to solve Chinese riddles and play games, enjoy typical food called Yuan Xiao and set off firecrackers. There is really a lot of fun for the young and the old.

Just as the name implies, an important part of the Lantern Festival, or Yuan Xiao Festival, is to eat small dumpling balls made of glutinous rice flour. We call these balls Yuan Xiao, or Tang Yuan. Obviously, they get the name from the festival itself. Made of sticky rice flour filled with sweet or salty stuffing and round in shape, the dumpling symbolizes family unity, completeness and happiness. Sweet fillings are made of sugar, walnuts, sesame, osmanthus flowers, rose petals, sweetened tangerine peel, bean paste or jujube paste. A single ingredient or any combination can be used as the filling. The salty variety is filled with minced meat, vegetables or a mixture of both.

The way to make Yuan Xiao also varies between northern and southern China. The usual method followed in the southern provinces is to shape the dough into balls, make a hole, insert the filling, then close the hole and smooth out the dumpling by rolling it between your hands. In North China, sweet or non-meat stuffing is the usual ingredient. The fillings are pressed into hardened cores, dipped lightly in water and rolled in a flat basket containing dry glutinous rice flour. A layer of the flour sticks to the filling, which is then again dipped in water and rolled a second time in the rice flour. And so it goes, like rolling a snowball, until the dumpling is the desired size.

When it comes to the Lantern Festival, "Guessing lantern riddles" is an essential component. Lantern owners will write riddles on a piece of paper and post them on the lanterns in advance. If visitors can answer the riddles, they can just pull the paper out and go to the lantern owners to check their answers. If they are right, they will get a little gift. The activity emerged during the Song Dynasty (960-1279). As riddle guessing is interesting and full of wisdom, it has become popular among all social strata.

In the daytime, there are performances, such as the dragon lantern dance, lion dance, land boat dance, yangge dance and some will walk on stilts and beat drums while dancing. At night, in addition to magnificent lighted lanterns, fireworks form a grand scene. Most families save some fireworks from the Spring Festival and set them off during the Lantern Festival. Some local governments will even organize a fireworks party. On the night when the first full moon enters the New Year, people become really intoxicated by the imposing fireworks and bright moon in the sky.

The dragon dance, a form of traditional dance and performance in Chinese culture, is often seen in some festival celebrations. The dance is performed by a team of dancers who manipulate a long flexible figure of a dragon using poles positioned at regular intervals along the length of the dragon. The dance team mimics the supposed movements of this river spirit in a sinuous, undulating manner.

The dragon dance is often performed during the Chinese New Year period. Chinese dragons are a symbol of China, and they are believed to bring good luck to people, therefore the longer the dragon in the dance, the more luck it will bring to the community. The dragons are believed to possess qualities that include great power, dignity, fertility, wisdom and auspiciousness.

Seven-day Holiday in the Song Dynasty

While modern people complain that they have to work on this day, they would be surprised to know that people living in the Song Dynasty had the privilege of taking seven days off. According to the Wen Chang Za Lu, an ancient documentary book, people boasted 76 days of holiday time throughout the whole year. More importantly, in celebration of five vital festivals, people could enjoy several seven-day holidays: the Spring Festival, the day before the Pure Bright Festival, the Winter Solstice, the birthday of the emperor and the Lantern Festival. However, these rules only applied to all the administrative institutes, with many institutions of higher learning have much shorter holidays. It was recorded that Zhao Mingcheng, husband of Li Qingzhao, the leading female poet of the time, had only taken one day off when pursuing his studies. Each year he would come back home at the Lantern Festival to accompany his wife in celebration of the festival.

Most popular in 24h